A Hiatal Hernia is a condition in which a portion of the upper stomach extends through an opening in the diaphragm. The diaphragm is the muscular layer that separates the chest cavity from the abdomen and there is an opening in the diaphragm, called the hiatus, that allows the esophagus (the food pipe) to pass through and attach to the stomach. A Hiatal Hernia occurs when the stomach bulges up through that same opening. 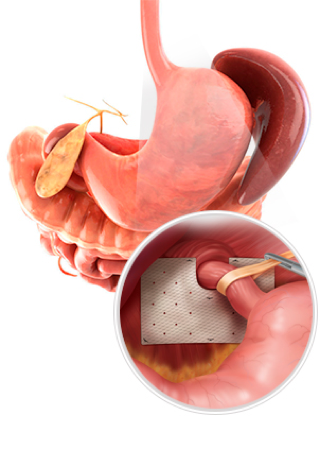 Hiatal Hernia causes are widely unknown. The condition may be due to a weakening of the supporting tissue. The risk of this problem increases with age, with obesity and in people who smoke. Hiatus hernias are a very common type of hernia, mainly occurring in people over 50 years old.

Hiatal Hernias can cause mild to severe acid reflux, which is regurgitation of gastric acid from the stomach into the esophagus.

Children with hiatal hernias are typically born with the condition (congenital) and often occurs alongside gastroesophageal reflux in babies.

A hiatus hernia, itself, rarely causes symptoms. The main hiatal hernia symptoms include a pain and discomfort that are actually due to the acid reflux of gastric acid, air or stomach bile. Other Hiatal Hernia symptoms may include: